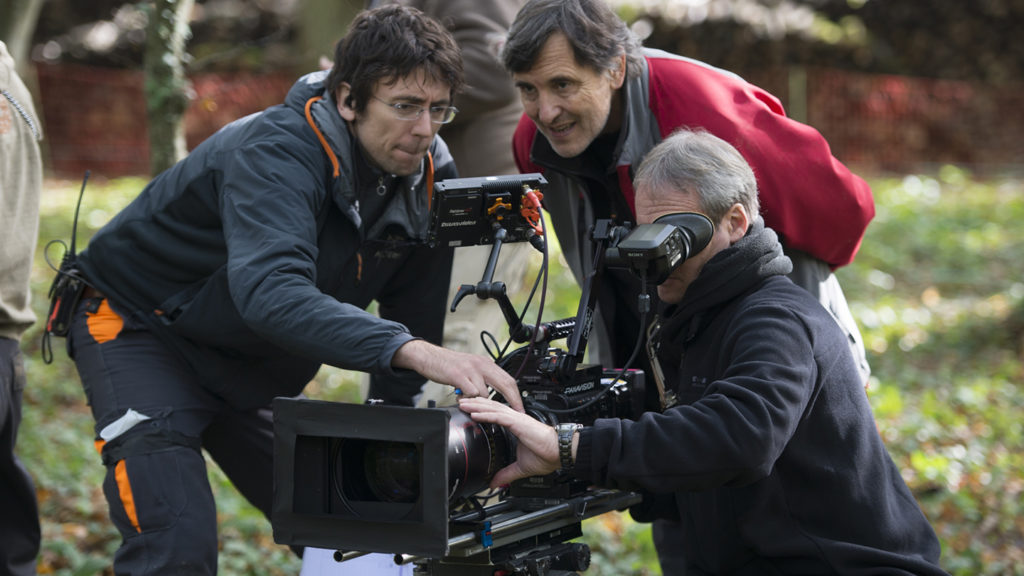 Seasons has brought new challenges for the production – a 26 million euro production budget, 500 hours of rushes, a team of 10 camera operators, a shooting time spread of 18 months from June 2013 to December 2014 in forty locations, mostly located in France, but also in Finland, Poland, Norway, Scotland, Romania, Switzerland and Canada.

After focusing on birds in Winged Migration (2001), and the underwater world in Oceans (2009), Jacques Perrin and Jacques Cluzaud chose to stage a poetic 15,000-year old chronicle of Europe, exclusively filmed from the viewpoint of the wild life. The movie recounts the adventure of the animals settling in Europe that had to adapt to their environment, due to climate change and growing influence of the humans.

On Seasons, Eric Guichard, a Director of Photography, used to make wildlife images, was responsible for the aesthetic, in terms of quality and need of all the images. He was also helped by Laurent Desbruères from Digimage, who calibrated all the previous films for Jacques Perrin and Jacques Cluzaud.

For Eric Guichard, the choice of lenses is crucial. Since the specificity of the wildlife photography doesn’t allow multiple takes, the choice of the zooms arises quickly. “Jacques Perrin and Jacques Cluzaud wanted to break away from the standard usage of the long focal length in wildlife photography. The idea was to work as close as possible to the animals. Focal lengths were used to produce a naturalistic perspective intended to give the viewer a true sense of being immersed in nature […]. Everything in the movie was designed to preserve the integrity of the animals and minimize any disruption to their normal behavior”

The full range of Angenieux Optimo spherical lenses was used on Seasons, about 10 zooms full-time, not only the Optimo 24-290, 28-340 and 19.5-94, but also the lightweight Optimo 45-120, 28-76 and 15-40.The Angenieux Optimo range of zooms was particularly adapted to cope with the difficult shooting conditions of such a movie. Eric Guichard wanted zoom lenses able to break this surgical sharpness of the digital cameras and to bring some roundness : “ I shot Belle and Sebastien in film with Angenieux zooms – I thought they would be the perfect optics to achieve the look I wanted for Seasons “.