As international showcase for all immersive formats (VR/360, augmented reality, large formats), the 360 Film Festival embodies the vitality of creation in the territory of new immersive digital formats... During its previous edition, the 360 Film Festival successfully implemented its first technical prizes to honour "Innovation at the service of Creation" - which is the guideline of the SATIS-Screen4All exhibition where the festival takes place. For its fifth and next edition, the Immersive Festival evolves and now accepts Dome, CAVE, Mapping 360, Scenography screenings in its Large Format category. 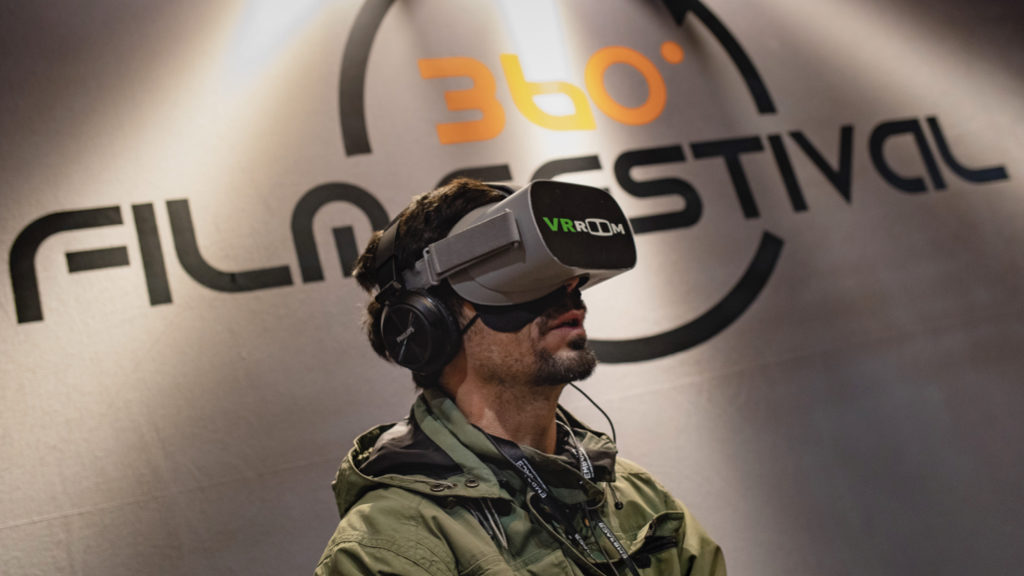 “In the space of four editions, we’ve seen an increase in the use of immersive formats, both from a technical point of view and in terms of storytelling. Creators, producers and supporters are placing their trust in us more and more. This is proof that the 360 Film Festival has its importance at the heart of the immersive creation sector and its team intends to support it again with a fifth edition that meets the expectations of the creation that we defend ” says Sébastien Lefebvre, General Delegate of the festival.

The Festival team will selects about thirty contents in competition with the aim to present the great diversity of the creation of immersive formats, . The Off Competition Selection shows a largest selection of contents with technical and/or artistic features that deserve to be highlighted.

The selected programs for the competition are submitted to a Jury of professionals and compete for one of the 360 Film Festival Awards:

On November 3rd, the winners will be announced in the presence of a Jury made up of professionals from the media and entertainment industry…

·      November 3 & 4: Showcase of the selected contents in the 360 Film Festival area during the SATIS and online

In 2019, the Festival received 145 contents from 27 countries, 70 have been selected and 31 have been selected among them for the competition. The Jury, made up of professionals and chaired by the cinema director Gérard Krawczyk, awarded the following grand prize:

Testimonies of members of the Jury…

“The 360 Film Festival is a great window of the amazing variety of forms and purposes that VR can adopt/defend” – Bertrand Wolff – Founder Le Pavillon XR.

“All the artists, producers and directors who show their creations have understood it: using the XR means innovating to move people. It was a great opportunity for me to participate as a jury at the 2019 edition of the 360 film festival. Well surrounded by the festival team, we debated and exchanged ideas to come up with a list of winners who will mark the history of immersive formats for their creativity. Can’t wait for the 2020 edition! “Alexandre Regeffe – Cinematic VR Consultant.

“Being on the 360 Film Festival Jury was a great adventure. I particularly appreciated the large choice of films and installations as well as the diversity of the XR works (360, VR, AR, escape games and mapping). The different award categories allowed us to reward and reflect this plurality for the actors of immersive production.” – Urzsula Gleisner – Virtual Reality and New Media Expert, International Project Manager at Gleisner Consulting.

“I loved being part of the jury for this 2019 edition, the exchanges between the members of the jury were exciting and fruitful. The selection is both very precise and varied, which makes it a very interesting festival… In addition, there is room for all genres and all types of production.” Lidwine Ho, expert in immersive audio formats.

All about the 360 Film Festival here.